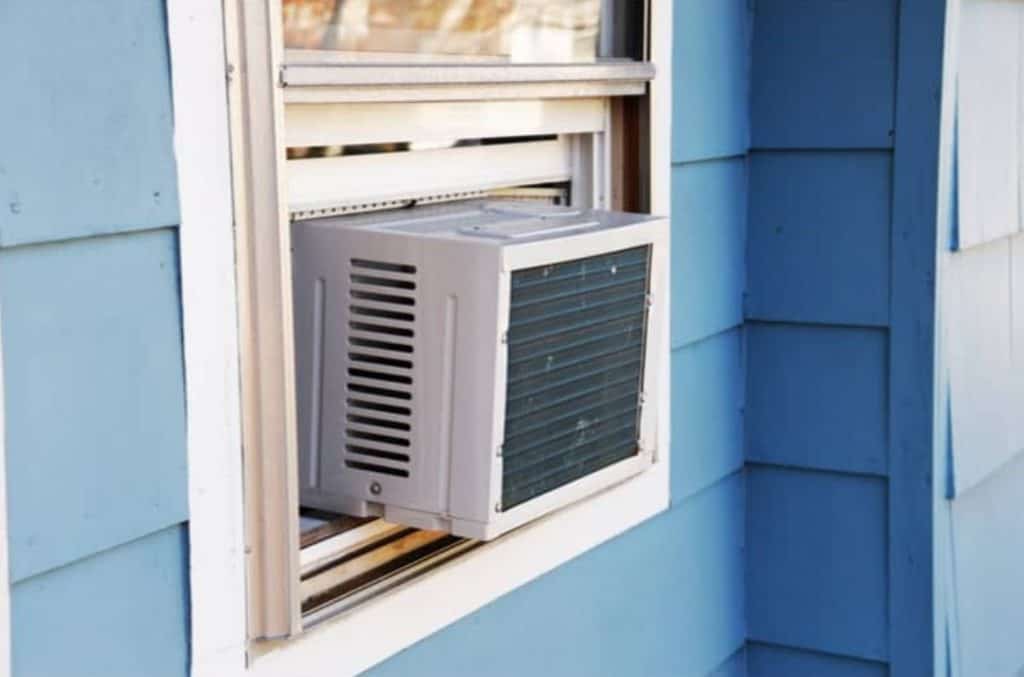 Air conditioners are great machines that help us keep cool during the summer and often double as a heater.

However, a big problem with these machines is that they can create a lot of noise.

While usually not irritating, they can be very loud and cause disturbances for others.

Residential Air Conditioning noise levels set a limit for how loud an air conditioning unit can be when used in residential areas. Most residential AC units are around 72-82 decibels when they’re running. Air conditioners can be an issue for homeowners and neighbours, so there are noise level restrictions, although these levels are contingent upon location.

These levels differ from state to state and even from city to city.

To understand if you comply, it’s first important to know how to determine your air conditioning system’s noise level.

Keep reading for all you need to know about residential air conditioning noise levels.

When an air conditioner runs without any issues, it can be loud, but it’s a consistent humming sound rather than an annoying clanking.

Builder Magazine notes that most air conditioners run somewhere between 72-82 decibels, depending on these factors:

But, what are residential air conditioning noise levels, exactly? Let’s dig deeper into how the noise itself is measured.

A decibel system determines the amount of sound produced by air conditioning system. A decibel is just a measurement for sound.

The decibel system increases by ten from one-decibel space to the next.

Keeping this in mind makes it easier to determine how loud the air conditioning unit is.

To determine the level of decibels the air conditioning machine is, it’s also important to consider where you’ll be placing the unit.

A unit that will be placed further away from people is naturally going to be harder to hear than a unit placed in open space.

Air conditioning units can vary greatly across the board, meaning the loudness of the machines also varies.

Even with the varying, AC units tend to fall somewhere between 25 decibels and 70 decibels, making the loudest unit eight times louder than the quietest.

A 25-decibel air conditioning unit would operate at a loudness just above a whisper, so they’re hard to hear.

The loudest units will typically be louder than the hum that is constantly emanating from your refrigerator.

To help consumers determine the loudness of air conditioning units, manufacturers will typically put a decibel rating somewhere on the machine.

While helpful in finding a quiet machine, these ratings can also help you determine which machines will produce the most air.

Machines with higher decibel ratings will typically produce more air than those with quiet ratings.

This is because the machinery used to cycle the air is bigger for high decibel units.

The unit is experiencing more stress, so it would naturally be louder than other machines.

Air conditioning units can be very noisy and disruptive to your neighbors, especially if you live in an apartment building or similar setup with multiple people living together in a single structure.

To help maintain calm and get rid of loud nuisances, many cities will limit how high a decibel rating your Air conditioning can have to get rid of the noise.

The noise level you need to be concerned about for your AC unit is your neighbourhood level.

The regulations can be slightly hard to find, so it’s a good idea to get an estimate of what the decibel limit might be for a city or neighbourhood similar to your own.

A good rule to abide by is to get an air conditioning machine with a lower decibel rating than your TV.

A TV typically has a 60-decibel rating, so that most household AC units would be okay with this.

However, the volume on a TV can be changed while changing a noisy HVAC system can be much harder, so it’s best to do more checking.

Most new AC units operate at a loudness similar to a whisper, so if you’re worried about the noise level, buying newer units is a good way to ensure staying in compliance.

If you’re living in an older building or brought with you an ancient air conditioning system, there are things you can do to bring down the noise level the machine produces.

The easiest thing you can do to bring down your air conditioning unit’s volume is to try to place it somewhere far away from areas that are sensitive to sound.

The distance will make the noise lower significantly.

If it’s not possible or desirable to move the unit to such a place, another method you could try is to wrap the unit in foam.

The foam should absorb excess noise as it comes out of the AC unit, so not as much sound gets out into the atmosphere.

This works for both machines hidden from public view and units that are more in the open.

For AC units that are outside the house, something else you can try to quiet down the machine is to use insulating blankets and a sound blocking wall to place around the unit and preferrable on the side closest to the door.

These methods can help bring down the decibel level of your AC by up to half of the original output.

While it can be handy to fix your air conditioning system to make it quieter, it’s also a good idea and possibly a wise investment to try to buy an AC unit that is smaller than the one being used in your house.

There are many units designed to be quieter. However, most of these units run on the smaller small unit model, so they might not provide air conditioning to the whole house. The best units are the

It can be very important to check out the decibel ratings considered for your neighborhood.

These ratings will let you know if the unit is producing more noise than it should be producing.

To check the noise, try standing right next to the source. To prepare for any situation, it is always a good idea to keep a smaller back-up generator so problems can be taken care of quickly.

While most AC units aren’t overly noisy, it’s always good to look for more options if the AC unit you are using is noisy.

With proper vigilance and dedication, you can know how to find the perfect air conditioning unit for yourself.