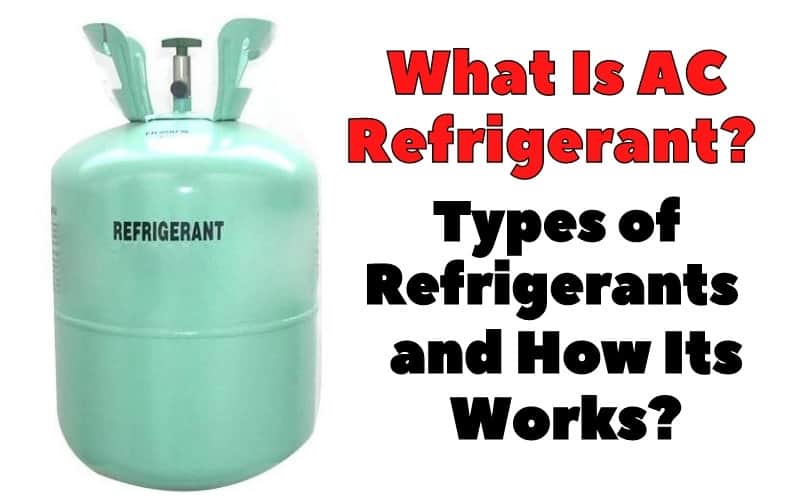 Did you know that your air conditioner can’t work without a mysterious substance called ‘the refrigerant’?

AC refrigerants are special chemicals that can turn from liquid to gas and back again – that’s how they absorb the heat from your house. There are different types of refrigerants, some of them are extremely dangerous; Freon, for example, causes damage to the ozone layer and contributes to global warming.

How Do AC Work?

Air conditioners make your house cooler by removing the heat from the space and then transferring it outside.

Fact: the first modern air conditioning system was invented in 1902.

A regular cooling system has the main mechanical components (a compressor, an evaporator coil, and a condenser coil) and a special chemical called ‘the refrigerant’.

The AC’s fan pulls in the hot air from the rooms across the evaporator coil that contains the refrigerant. The chemical absorbs the heat and turns into a gas that is sent outside to the compressor, while the cooled air gets returned into the house.

The compressor, in its turn, raises the pressure of the gas and sends it to the condenser coil. This is where the refrigerant turns back into a liquid and the cycle starts all over again.

Read: What To Do When Your AC Unit Freezes Up Inside?

What Is an AC Refrigerant?

At first, air cons utilized flammable and/or toxic gases that were able to effectively cool the space but could result in fatal accidents if they ever leaked.

In 1928, Thomas Midgley Jr. managed to create the first non-toxic and non-flammable gas that could be used in cooling systems. This chlorofluorocarbon gas was named ‘Freon’.

About 50 years later, scientists discovered that such gases were causing damage to the ozone layer.

Fact: in 2018, it was estimated that these old refrigerants are responsible for around 10% of direct radioactive forcing (the change of the Earth’s energy balance).

Are there any new refrigerants that do not contribute to global warming and ozone depletion? Keep on reading.

The refrigerant is an essential component of an air conditioning system. Without it, the unit wouldn’t be able to absorb the heat and turn warm air into cool air.

Is Refrigerant Gas or Liquid?

A refrigerant is a working fluid that undergoes a repeated phase transition from a liquid state to a gas and from gas to liquid.

The refrigerant is located in the system’s coils. Basically, all that the chemical does is travel through the copper coils and change from low-pressure gas to high-pressure liquid and back again.

The level of the refrigerant doesn’t change during exploitation. However, if your system ever has a leak, the refrigerant level will start to lower which is going to cause a wide range of problems.

Read: How To Unfreeze An AC Unit?

What Is AC Gas Called?

The first name for the refrigerant used in air conditioning was ‘Freon’. For a certain period, all chemicals used in the cooling industry were called like that.

What Are Different Types of Refrigerants?

The Ozone Depletion Potential (ODP) and the Global Warming Potential (GWP) are the values that are used to characterize different refrigerants.

The ODP can be anywhere between 0 and 1. The closer to 1, the more harmful the chemical is to the ozone layer.

The GWP ranges from 0 to thousands. The bigger the number, the higher the ecological impact.

We are going to mention the most popular refrigerants below. The less common chemicals include:

Read: Cost Of The Heat Pump: Everything You Need To Know About It

Most countries are planning on phasing out R410A by 2025.

If comparing R410A and R32, the latter has quite a few important benefits:

The main cons of R32 are that it’s mildly flammable and that it can break down the oil in the system because of its high discharge temperature (this leads to bearing seizures).

However, R32 is definitely one of the best options available at the moment.

Bear in mind that it is impossible to transition a unit that uses R410A to R32, so you would have to get new equipment to make the switch.

What Is the Coldest Refrigerant?

When compared to R22, R410A absorbs and releases heat better. It is also more fluid in temperature changing abilities which means that this refrigerant is going to cool your house a lot quicker.

The properties of R32 are even more advanced and it will do a better job at cooling your space.

Which Refrigerant Is Best for AC?

At the moment, R32 is the refrigerant receiving the most interest.

It has a low environmental impact (when compared to R22 and R410A) and is incredibly energy-efficient. In fact, if you have an air con with R32, your electricity bills will get reduced by around 10%.

However, if you have a cooling system that uses R22 or R410A, you can’t simply switch to R32. Ideally, you would want to get a new unit that has R32 in its coils.

You should definitely consider getting rid of your system if it has Freon. This refrigerant is extremely bad for the environment and maintaining such a unit will become more and more expensive throughout the years due to the fact that R22 is being phased out.

Even though R410A is the most ‘mainstream’ refrigerant at the moment, you should opt for R32, if you have a choice.

Read: Where Is The Heat Pump Located?

In the United States, air conditioners use around 6% of all electricity produced.

At the moment, only a small fraction of the electricity is created with the help of alternative sources of energy. A large amount is produced by burning fossil fuels.

This means that the cooling systems are responsible for releasing about 117 million metric tons of CO2 into the air annually.